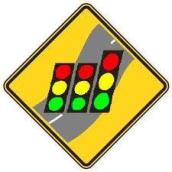 So you think you can drive? LOL! Have you driven a car in Lagos and escaped unscathed? The popular saying goes that in Lagos, people drive for two. In other words, you are not just trying to avoid hitting someone, you are also trying to avoid getting hit. Driving on some Lagos roads is indeed the survival of the fittest. LOL

I remember one day, in 2006 to be precise. I had gone to work on a Saturday and I was driving back home in the evening. I felt like a correct Lagos driver and I wove in and out of lanes, getting in front of other vehicles and feeling rather cool that I could achieve that feat.

This went on for a while and as I approached the second roundabout at Lekki, I did the unthinkable. I saw an approaching truck and instead of stopping for the huge truck to drive past, I got in front of it and guess what? The car went off at that point! Dear Lord Jesus!

Now, trucks in Lagos are quite known not to have functional brakes, that meant that the oncoming vehicle that I was watching from the rearview mirror of my sister’s beloved Red Golf which I had borrowed for that day may not have working brakes. At the thought of that alone, I started perspiring heavily as I frantically tried to turn on the ignition of the vehicle. The truck driver blared his horns non-stop as the truck got closer to me and when I couldn’t contain it any longer, I started praying in other tongues. At that point, the car came alive and I drove away as fast as I could! Phew!

Well, I learnt my lesson that day. And I quickly jettisoned my ‘Lagos Driver Mode’. Or did I?

Do you have driving tales? Horrible? A miraculous intervention? I would love to hear them all!